Will you encounter the following situations when using a Portable Pressure Steam Sterilization?

2. Can the lid of the sterilization pot be opened immediately when the value of the pressure meter drops to close to 0MPa during sterilization?

If the value of the pressure meter is close to 0, the lid of the pot is forcibly opened even when there is still a high pressure. At this time, because there is a certain pressure difference between the inside and outside of the pot, the hot air will still spray out, which may cause harm to the experimenters. 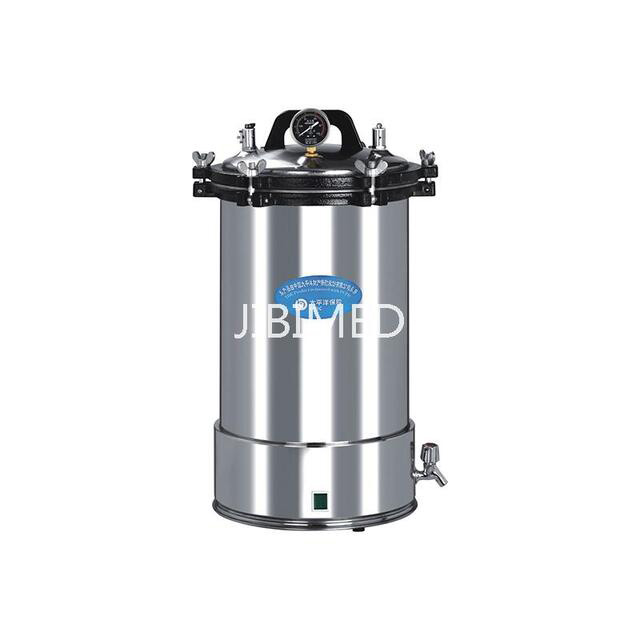 3. After the sterilization time is reached at 121℃, can the pressure be quickly vented through the vent valve to achieve a zero pressure difference between the inside and outside of the sterilizer for rapid pressure reduction?

If the air is vented quickly at this time, or if it is not handled properly, the large amount of high-temperature water vapor rapidly ejected from the vent valve may injure the hands or face of the experimenter. The pressure drops abruptly at a high temperature of 121°C. For the test tube containing the culture medium in the sterilization pot, the culture medium may still surge or spray. Therefore, during operation, the corresponding treatment should be carried out after the temperature is appropriately reduced, or the air release valve should be partially opened to slowly release air.

Previous:Teach you how to verify the Portable Pressure Steam Sterilization effect of an autoclave!
Next:Before buying a UV lamp for indoor disinfection, you need to understand these points first